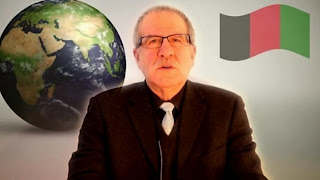 Gen. Afzal Ludin give up nomination as Afghan defense minister Gen. Afzal Ludin has given up nomination as the Afghan defense minister, the Presidential Palace said Wednesday. President Ghani nominated Gen. Ludin as the Minister of Defense earlier this week, describing him as a professional military cadre who has served in different posts with the Ministry of Defense during the past years. Gen. Ludin is a veteran Afghan Army General who was expected to present his work plans to the lawmakers in the Lower House of the Parliament – Wolesi Jirga. However, the Presidential Palace media office issued a statement today, stating that Gen. Ludin has given up his nomination considering the current situation of the country. A statement issued by Gen. Ludin and carried in the Presidential Palace statement, stated that the decision was taken to maintain unity among the Afghan people and prevent any rumor or tension among the people. No further details were given regarding the possible tensions his appointment as the Afghan defense minister could could spark. SOURCE KHAAMA PRESS