In the whole world people with respect to their dollars and euros in their pockets inside their boxes Because it is valuable, it can meet their needs, but who does not deal with the Afghan currency.

Sayed Massoud, an economics professor criticized the lack of clear policies, monetary and domestic production said: Where there is no national production,Should not be long complained that because Pakistani rupees rather than afghanis works

Syed Masood says he can not keep Afghan values and lower value by the day comes,How can hundreds of thousands of Afghans have in his pocket worth US $ 200.

In this respect those who are watching rupees, see who has the power to exchange rupees ahead of Afghani And in 10 provinces works perfectly rupees and in 20 other provinces could very well work.

Because of that all trading average in the country with rupees,Small transactions carried out by Afghan and great deals by dollar.

This country economist says aside the Iranians, Pakistanis or Americans what they are and what their profits in implementing the policies.Let’s fix ourselves first. If your Pakistani rupees for work, offered their lives for the interests of their country work.

As long as we do not grow and become a production or semi-production produced not And to encourage national production of our monetary policies do not lead, complaining is useless from other countries. 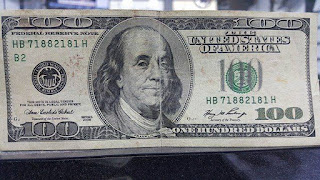